In order to improve the mileage of electric vehicles or hybrid electric vehicles, many manufacturers began to install solar panels in the roof, hood and other places, but the solar modules are usually deep or light blue, with a variety of paint Colors are always a bit of a slap in the face, and German scientists have developed "skinny" solar panels like ninjas.

Recently, cars with solar panels have sprung up, such as the Dutch startup Lightyear, which has launched a hood, an electric car with a roof to the rear cover of 5 square meters and a conversion efficiency of 20% solar panels. It is expected that in 2021, Then Sonata (parameter|picture) Hybrid equipped with solar panels in Hyundai Motor is also available in South Korea.

However, the solar panels used by the above companies can't match the color of the car body, mostly dark blue solar panels. For those who pay more attention to the overall aesthetics, the solar panels may be greatly deducted. For this, the German applied scientific research institution Fraunhofer ISE The development of new solar panels coated with special pigments allows the solar panels to change color with different paints.

The special pigment, called Morpho Color, is inspired by the Morpho butterfly, which is a butterfly that blooms in the rainforest and shines with a dazzling metallic blue. In fact, the scales on the wings have no specific "color". The scales are Special methods are arranged to generate color by diffracting and scattering light, so the color will change at different angles. The anti-counterfeiting label and bubble on the banknote are similar concepts.

Therefore, with the help of special coatings, the solar panels are almost invisible and can match the body of various colors. Although the pigment will reduce the efficiency by about 7%, it will help to increase the purchase of solar roofs. The team weighed both and felt worthwhile, said Martin Heinrich, head of the solar energy division at Fraunhofer ISE, the possibility of color is almost endless. 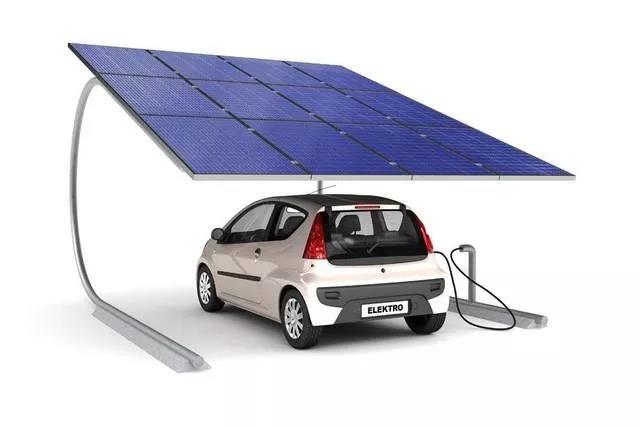 The new solar panels adopt a single-chip silicon interconnection arrangement method in which monocrystalline silicon solar cells are overlapped with each other and fixed with an electrically conductive adhesive. These adhesives can be used as electrical conductors, and there is no need to install wires, which is effective. Reducing resistance attenuation and avoiding shadows on electrical connectors can increase module efficiency by 2%.

According to team experiments, the new solar panels generate about 210W per square meter, which can reduce fuel consumption by 10%, increasing mileage by about 10%. The team also cooperated with the transportation company and actually tested on the road, installing on 6 large trucks. New solar panels are also measured using radiation, temperature sensors and GPS. Experiments indicate that 5,000 to 7,000 KWh of electricity can be generated each year.

Although no matter how powerful solar panels are developed, they still have only auxiliary functions. The cars are still not able to drive 100% new energy, nor can they be compared with traditional fuel vehicles, but these are good ways to reduce carbon.